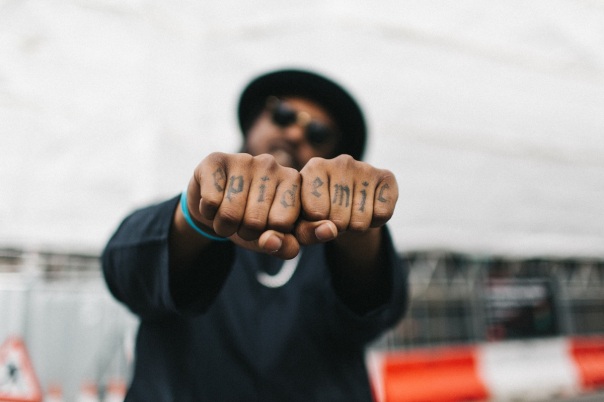 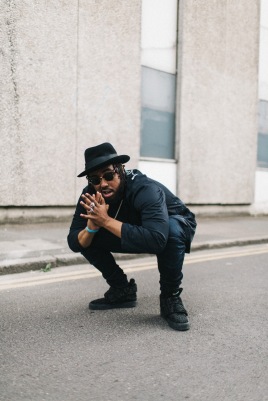 It’s an odd feeling, waiting to be connected with someone responsible for a song that has somehow become so firmly interpolated into your everyday life. In the past few months, rarely has an hour gone by without Kent Jones’ breakout single, ‘Don’t Mind’, popping into my head to disturb countless thoughts, conversation or most recently, the new Tarzan film.

With bona fide hitmakers Cool & Dre lending their ears to Jones’ original beat, and 2016’s eminent monolith DJ Khaled on hand to give proceedings his Midas touch, all the pieces were in place for ‘Don’t Mind’ to become a huge summer single. And yet, reading into the Miami native’s history, there was never any indication that he was on a path to pop stardom. He started out in the scene as a drummer, training in jazz and learning how to play keys and score music. He also suffered tragedy; his family went through a period of homelessness and his college music programme was closed after the death of a fellow student. Listening back to Tours, Jones’ debut mixtape from last year, released on Khaled’s We The Best label, ‘Don’t Mind’ sticks out like a pop imposter amongst songs that reflect his Fat Joe and Terror Squad influences. Yet somehow, ‘She said hola, konnichiwa’ is all I can hear in the dial tone.

As we ease into conversation, I tell him that my sister loves the viral dance routine that has spawned from ‘Dont Mind.’ “I’ve seen them, that’s dope,: he replies, somewhat nonchalantly. A compilation video of people doing the same routine has clocked up close to 17 million hits, but you can hear something in his voice which suggests an element of pride is missing. Perhaps a 22-year old, classically trained multi-instrumentalist never thought that his song would be a key presence in the Vine portfolio of a 13 year old from Kent. Perhaps he never wanted it to. One thing is for sure, Kent Jones isn’t cut from the same cloth as the one-hit-wonders of recent times and he for one, certainly feels he is from a calibre of cloth that is, well, more special…

How does it feel to be in London?
I love it, the energy is great, the people are great. I’m about to get that Nandos which I love. You know, there are only three Nandos locations in the United States, and none of them are in Florida, so I had to go DC. But it tastes better here, this the real Nandos.

Glad to hear that you’re a fan of our international cuisine, but what’s your relationship like with UK music?
I’m actually over wrap up some collaborations and I actually told my manager earlier that I’m really looking forward to digging into music culture here. The fans over here are crazy and shit, and the music is twice as crazy. Let me find a band in the UK – that’s really what I’m looking for; guitarist, drummer, bassist. Get me some guys I can get in and record with.

Reading about your background, you started as a drummer, moved on to keys, and won awards as a jazz musician, but you blew up with a song that feels far removed from that. What direction are you moving in now?
My direction is different to the song. ‘Don’t Mind’ is a pop song. I didn’t realise it was a pop song when I produced and recorded it but you know, that’s what people call it. I make all kinds of different stuff, and that’s why I’m excited for the new wave of music I’m going to put out. I’m going to answer a lot of peoples unanswered questions. Give people more of an understanding about who I am as an artist and why the name Kent Jones is so heavy right now. It’s not just because of the song. We all love the song, but in the industry, the reason why I’m becoming more popular is because I put in work. For years, before I popped up with ‘Don’t Mind’. I mean, ‘Don’t Mind’ is like maybe my three-hundredth song.

Listening back to your ‘Tours’ mixtape it’s difficult to identify a single sound that defines you, that you’re going to move forward with, why do you think that is?
You know why, my brother? Because I feel like people are going to catch on to the ‘Tours’ mixtape, but trying to predict where I’m going next is always going to be difficult for you, because I’m on a whole other level. I’m in a difference space now. We have the next records, but you know, it’s just a matter of time… you’re about to be hearing a load of new music from me. Notice how I said we have the new records, plural. I’m also about to be on Fat Joes new album, I’m on Khaled’s new album, Major Key, track 11 with Fat Joe, Jadakiss, Fabulous, Busta Rhymes.

Did you ever think, after one mix tape and with the sound that brought your current success, that you’d be standing shoulder-to-shoulder on a track with all these heavyweights?
I mean, I knew I had the ability to do so, but I didn’t expect to be on that song if I’m honest with you. But I got the call, that’s what I had to handle. I flew to LA, did what I had to do, and you just have to listen to it because I know it’s going to shock a lot of people.

Listening back to some old interviews, you’ve had to deal with a lot of shit, and yet you’ve persisted and continued to work hard and to grind. You came through a period of homelessness, you experienced the closure of your college music programme after the death of a student. So what’s your key to working through tough times?
Focus. And see, I love what I do so it’s never work. I took all the energy, all of the passionate energy that I would have put behind what’s going wrong in my life, and I put all of that into my passion – my music. Music never fails on me, turns its back on me. Music never switches on me, it’s constant. I might make disappointing music sometimes, but that’s on me, if I don’t work hard or in the right way. But music is constant, and I know that if I do put in time with it, I know it will always be rewarding. It’s the gift that keeps on giving. When you’re truly talented and you’re truly blessed with a gift.

I can actually hear the sentiments of DJ Khaled coming through when you talk about your music and the way your talk about yourself. How have guys like Khaled and Fat Joe influenced your approach?
Fat Joe is my uncle, my family, I love him. He’s always been there since day one and believed in me. DJ Khaled is Terror Squad too, Cool and Dre are TS, and we’re all family. We’re one cloth. When you hear that cloth talk, know that it is the year of cloth talk.